PHNOM PENH : Cambodia said Wednesday it wanted regional observers to help impose a ceasefire on the tense border with Thailand after a request for UN peacekeepers 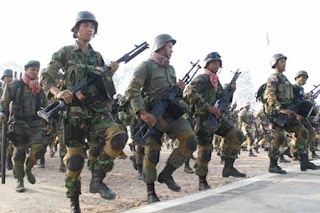 was rebuffed earlier this week. 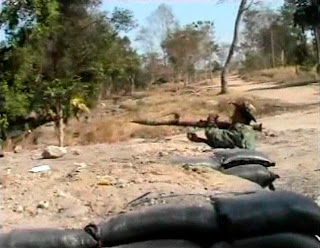 Cambodia n Foreign Minister Hor Namhong said he would ask for assistance from the 10-member Association of Southeast Asian Nations (ASEAN) to settle a row centred on a 900-year-old temple that erupted into four days of armed clashes earlier this month, leaving at least 10 people dead.

"I will request that ASEAN observers examine the ceasefire" in the border area, Hor Namhong told reporters in Phnom Penh after returning from a United Nations Security Council meeting on the matter in New York.

Hor Namhong and his Thai counterpart are both scheduled to attend an ASEAN meeting in Jakarta next Tuesday.

Both sides accused each other of fresh firing overnight.

Cambodia said in a statement that Thai troops had thrown grenades and fired machine guns and mortar rounds into Cambodia n territory, but that it had not retaliated.

Thai army spokesman Colonel Sunsern Kaewkumnerd said "sporadic skirmishes" had taken place through the night until the early hours of Wednesday, with both sides using grenades and machine guns.

There were no reports of injuries.

The two neighbours are at odds over a border area near the Preah Vihear temple, an 11th-century clifftop ruin that belongs to Cambodia but whose designation as a World Heritage site sparked the ire of Thai nationalists.

Both countries blame each other for the crisis. 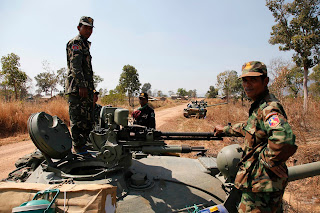 sisted on the need for third-party mediation, while Thailand has repeatedly said it wants to resolve the row bilaterally.

The Security Council on Monday urged both countries to establish a "permanent ceasefire" but did not endorse a Cambodia n request to deploy UN peacekeepers in the contested area.

It did, however, express support for mediation efforts by Indonesia, the current ASEAN chair.

The World Court ruled in 1962 that the Preah Vihear temple belonged to Cambodia , but both countries claim ownership of a 1.8-square-mile (4.6-square-kilometre) surrounding area.