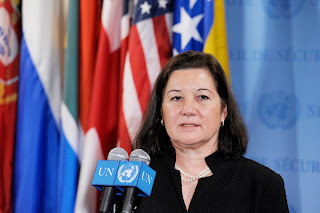 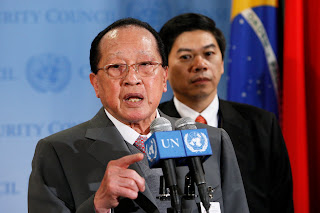 Cambodia to ask ASEAN to monitor ceasefire with Thailand

Cambodia will ask the Southeast Asian regional grouping ASEAN to send observers to monitor a fragile ceasefire at its disputed border with Thailand, a move likely to be resisted by its neighbour.

Cambodian Foreign Minister Hor Namhong said Thailand had ignored a call for restraint by the U.N. Security Council (UNSC) on Monday and it was necessary for ASEAN to step in to ensure peace prevails at their border near the 11th Century Preah Vihear tem 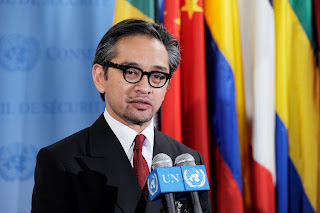 The request is likely to rile Thailand, which has long called for a bilateral solution to end the standoff and accuses Cambodia of trying to internationalise the issue by ins

"We will ask ASEAN observers to come to the Preah Vihear area to make sure that a permanent ceasefire holds and let's see whether the Thais accept or not," Hor Namhong told reporters on Wednesday.

Foreign ministers of the two countries on Monday addressed the UNSC, which expressed "grave concern" about the Feb. 4-7 clashes and called for regional and bilateral negotiations.

It rejected Cambodia's call to deploy U.N. peacekeepers and urged both sides to honour the ceasefire

But within hours of the meeting in New York, Thai and Cambodian troops clashed briefly again before dawn on Tuesday and Hor Namhong accused Thai troops of firing bullets and grenades later in the day. 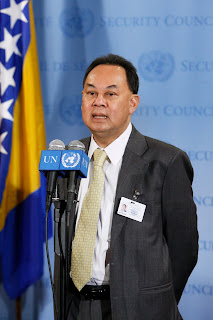 Both sides have maintained a heavy military presence on either side of the border in the fighting that killed at least three Thais and eight Cambodians and wounded dozens of troops and civilians on either side.

and Cambodia blame each other for the clashes.

The conflict and the fierce rhetoric from both countries has been a major setback for the Association of South East Asian Nations, a 10-member bloc modelled on the European Union that plans to become a regional community by 2015.

Hor Namhong said Cambodia would make the request for observers at an ASEAN foreign ministerial meeting scheduled for Feb. 22 in Jakarta.

Although Cambodia has ownership of the Preah Vihear temple, the 4.6 sq km of land around it is claimed by both countries and nationalists on both sides have been accused of using the issue for domestic political gains. Reuters
Posted by CAPJ at 10:43 PM